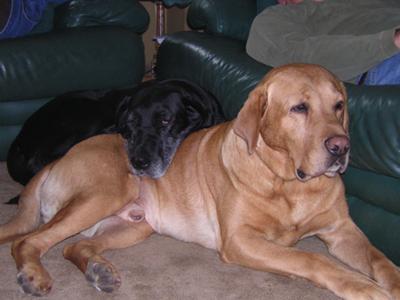 Harley began having mild seizures in March 2009. His vet said many dogs experience epileptic seizures and that I should just monitor them and record the frequency and severity. If they become more frequent or severe, then consider treating with phenobarbital.

Harley’s seizures became less frequent and remained mild, lasting less than one minute. By year end 2009 Harley seemed to have lost interest in food, but he was always a picky eater.

I experimented with various brands trying to find something more palatable to him but he started loosing weight.

In January 2010 his vet tested him for Lyme’s disease and he tested positive. This was quite a shock since Harley was vaccinated and had annual boosters regularly.

His vet couldn’t believe it at first, he had never seen a vaccinated dog test positive before.

After about one week of being on the normal antibiotic, Harley was showing signs of bloating. A urine analysis indicated kidney failure as a result of the Lyme’s infection.

Harley pass away within two weeks.

I have since read information on symptoms of Lyme’s disease and seizures can be a symptom. I wish we could have diagnosed it earlier and given Harley a better chance of survival but since he was vaccinated and really showed no other common symptoms, we just didn’t know.

I also have read that the vaccination for Lyme’s disease is only 85% effective and may be contributory to kidney failure.

If your dog shows any unusual malities, e.g. seizures, limping, loss of appetite, fever,etc., please have you vet test for Lyme’s disease and save yourself a lot of heart ache.

In Loving Memory of my Angels “LUANA+SHERRY“,

Losing my Yellow Lab Daughter Lucy-Hard to Deal With

OUR LABRADOR DOG , OUR HEART PASSED AWAY

How far would you go for your best friend? They sit beside you with their head in your lap. They lick you on the face. They wait for you till you come home. They fetch the ball for you. They love you, no matter what. Ok, so we admit it: we are ... END_OF_DOCUMENT_TOKEN_TO_BE_REPLACED 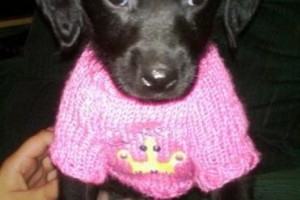 Keshia by Crystal C (St. John’s, NL Canada) Keshia – 8 weeks old Keshia is a black lab/golden retriever mix. She is now 9 weeks old. She is a very active girl, and loves to be outside. She loves to chew (especially on things that she’s not supposed to), but we are working on that […]